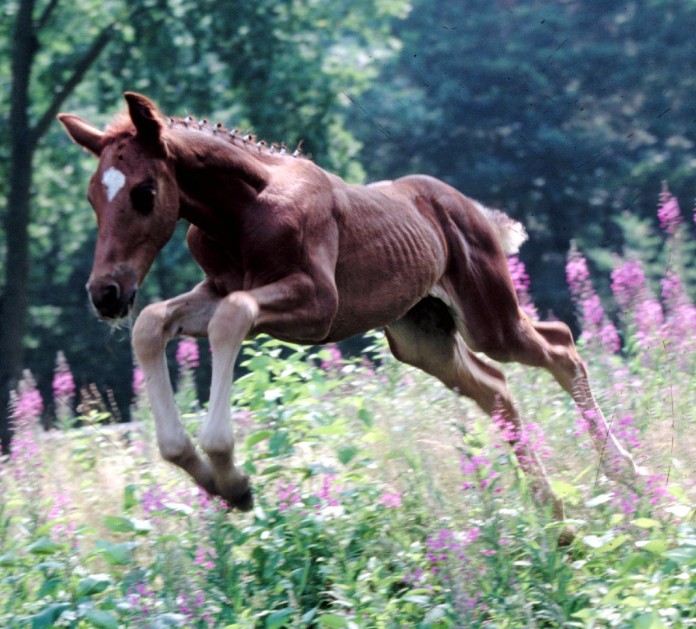 Dimaggio as a foal 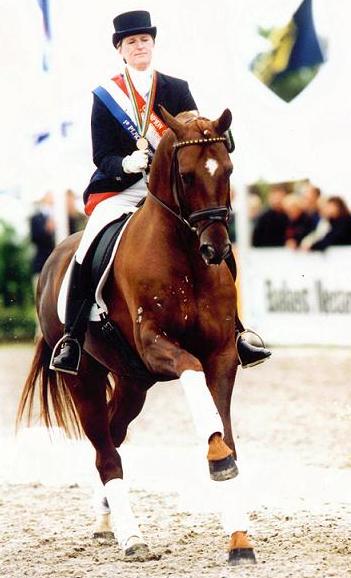 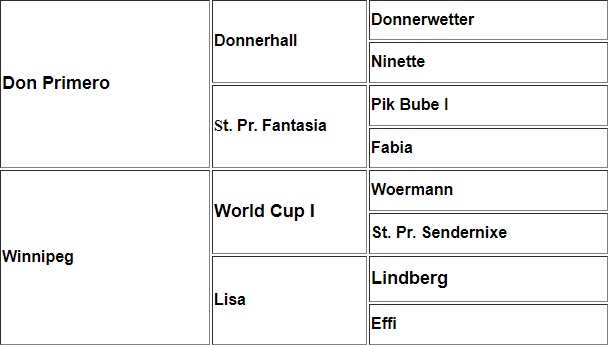 Dimaggio was one of the most successful Dressage stallions of modern times. Amongst his list of achievements was the highly sought after title of  “World Breeding Champion” which he won in 2000 with an overall score of 9.5. This is a very prestigious competition contested every year by the biggest names in dressage. He scored an index of 133.39 in the dressage at his stallion licensing.

Other achievements included winning the International Shearwater Championship in 2000 along with the Prevac Pro Potential Dressage Horse Championships. He went on to win at Prix St Georges and Inter 1 with over 70%.

"Dimaggio has now established himself as the best sire for dressage ever to stand in Great Britain."

The year ended with a Dimaggio entering the top 10 Rolex WBFSH Sire rankings 2018 for dressage.

Emile Faurie rode Done Di Maggio to help the team come home with a bronze medal & Olympic qualification. Their run up to the games included scoring a double victory at the Aachen CDI3* and podium places at Fritzens CDI4* with 74%+ scores.

Erin Orford (Grade III) rode Dior UKH to help the para dressage team come home with a silver medal. Dior was bred here at the stud and it has been a real pleasure watching her perform on such a big stage.

- he sired three of the top six, 6 year olds dressage horses at the World Breeding Championships

- 3 qualified for the German Young Horse Championships - (Bundeschampionate) in Dressage

- Winning at Grand Prix with 70%+ scores

- 5 qualified for the German Young Horse Championships - (Bundeschampionate) in Dressage

- 2 progeny selected to represent GB at the Junior Riders Europeans

- 3 qualified for the German Young Horse Championships - (Bundeschampionate) in Dressage

- 15 progeny at the National Dressage Championships, overall dressage champion at the BHHS show

- an eventer competing at 3*CCI

- 5 qualified for the German Young Horse Championships - (Bundeschampionate) in Dressage